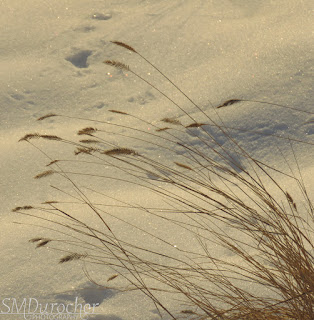 The weather did warm up somewhat and I took a walk in the river valley.  It was afternoon during the golden hour which is about 3:00 pm these days.

The sun was setting and putting it's warm glow on all things.  Here, I captured dried grasses which will stay all winter against the snow drifts in the river valley.

I dropped books off at the small free library in the park to keep the clutter down to the minimum.  It is a lesson well learned and it is becoming easier just to let the books go and keep the stories. 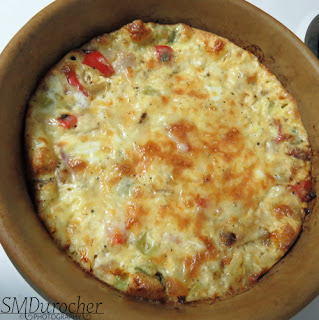 Vegetable Frittata is a new dish for me.  My sister has made them for sure.
Sauteed veggies - onion, garlic, celery, red pepper, and mushrooms in a cast iron frypan. Love that dish. I have placed a silicone wrapper on the handle so I was not sure I could put that in the oven so I transfered to this stoneware baking dish.

Cover that with a good strong cheddar cheese.
Then a mixture of eggs and cream with herbs.
Into the oven for about 10-20 minutes until the eggs are done.  A few minutes under the broiler to brown the top.
It is yummy and I have made it again this week. 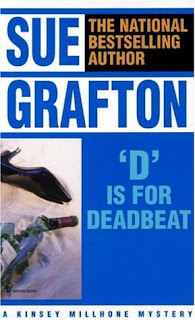 I always enjoy a visit with Kinsey Millhone. D is for DeadBeat by Sue Grafton.  These are early in the alphabet series so her landlord Henry Pitts does not feature much in this novel. He does in later books.
The job was easy - find the fifteen year old kid and deliver a $25,000 cheque,  John Daggett is trying to make amends for some of his past misdeeds.  He drinks too much and it has not served him well.
He is now a dead body and a few people are not sad to hear the news.
Some folks think they are entitled to some of that big cheque and create turbulence in Kinsey's search for the boy.
Having a dead client puts a few wrinkles in the investigation and when the retainer cheque is no good that is a big disappointment.
Kinsey manages to sort it all out.  Another great book. 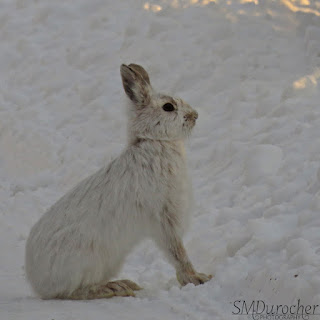 I saw this Snowshoe Hare on my walk in the river valley.  I think this my first time seeing one.  I am used to the larger white-tailed jackrabbit hare which has yellow eyes but still very big back feet.
It has changed color and with it's shorter ears and dark eyes I knew it was different.  An internet search solved the mystery.
Again, that golden hour sun was shining but the hare would not accommodate my desire to have it be in the warm glow.
It scampered off after I got a few shots of it.
Glad to see it! 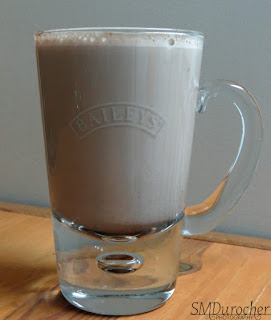 I bought these Bailey's crystal mugs when I was shopping for One of a Kind Essential Oil Diffuser containers a while back.  They turned out to be much too big to fill so I decided to use them for hot chocolate.
They are wonderfully heavy and feel really great in the hand.
I do like a bit of chocolate and having hot chocolate is less calories than a piece of chocolate bar and one is enough.
I make it very milky.
The mug is about the 8 oz so not overly large for a bit of a treat. 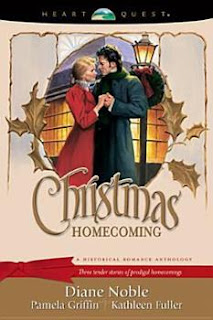 I am always up for a Christmas story any time of the year. Christmas Homecoming is a collection of 3 stories.  A Place to Call Home by Diane Noble, The Heart of a Stranger by Pamela Griffin and Christmas Legacy by Kathleen Fuller.
I love Irish stories and this one is set in late 1800s when Rory O'Kelly finds himself headed to America. Olivia Endicott-Jones is doing charity work in Massachusetts taking care of orphans some of which are of Irish immigrants.  They meet when Rory is tasked with stealing the Irish children so they can be raised in the right culture.
Susannah Pruitt and Justin Rossiter meet again many years after they had spent time together as children. He comes to her rescue and she recognizes him but he not her.  Can she get past the idea that he may have killed her father?  What is the truth?
Josephine Patterson rides into town to hear the reading of her grandmother's will.  She expects to inherit it all which will go a long way to helping her pay off debts incurred when she was married to her now dead husband. There is a wrinkle because grandmother has left one half to Josephine and the other half to a man unknown to Josephine. She needs to get along with this fellow just long enough to get his half.  Not that simple.  It works out in the end.
Posted by Sylvia
Labels: book, book 2022, Christmas book, cooking, crystal mug, golden hour, hare, hot chocolate, river valley, SGrafton, winter

This is my other calendar this year over and above my flower and nature calendars.  This one features soft backgrounds (bokeh) with a good f... 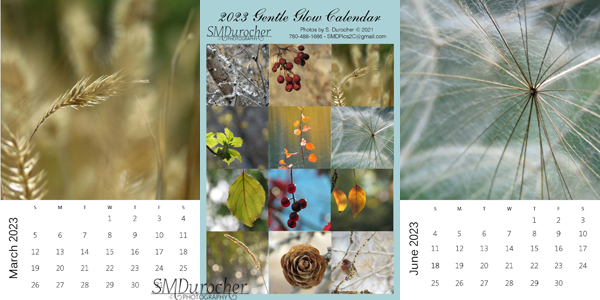